Is Bitcoin the Best Way to Transfer Money Between Countries?

Bitcoin is one of many methods to transfer money between countries. With the meteoric rise in the value of Bitcoin in 2017, many expats are wondering whether Bitcoin is a better way to transfer money, or if they should stick to more traditional methods.

Apart from speculation, one of the most popular uses for Bitcoin is remittances between countries. But there are other uses too. Several large companies including Expedia, Microsoft and WordPress accept payment in Bitcoin. Cryptocurrencies are especially popular in new, growing industries. This has caused Bitcoin to become popular for online gambling sites. Some online casinos offer wagering exclusively in cryptocurrencies.

As far as transferring money between countries goes, Bitcoin has become the ‘go to’ choice in countries with unstable currencies, poor banking infrastructure or stringent exchange controls. For citizens in Venezuela, Bitcoin has been the safest way to store value and transfer money. In Africa, payment solutions are being created around Bitcoin, as many people have no access to traditional banks.

For people in developed countries, with access to other channels, the choice isn’t that easy. Besides Bitcoin, there are several other methods, each with its own pros and cons.

Services like Western Union are very quick but demand a sizable fee. They charge as much as ten percent which makes this the most expensive option around.

Paypal itself is very quick and relatively cheap – the problem is that you still have to transfer the funds to and from a bank on either end of the transaction. If your money is already in a Paypal account, it’s definitely the way to go. But if you are going to need to change it into a different currency and withdraw the cash, the fees are going to start to add up.

Wire transfers are another option, though they can take longer than most other methods and are expensive.

If you need cash when you are in a different country from the country where you have a bank account,  withdrawing money from an ATM with a credit card is surprisingly cost-effective. But that doesn’t help you if you need to send money to someone else, or to another bank account.

This is where costs can vary from exchange to exchange. You can find a full list of exchange fees here. The price of Bitcoin is very volatile, so there are some risks of the value of your transfer changing somewhere along the way.

Because Bitcoin is a threat to traditional methods of transferring money, it’s actually forcing banks and other intermediaries to improve their service and lower their costs. So we can expect transfers to become faster and cheaper over time.

As to whether Bitcoin is the best way to move money around, if you are already investing in cryptocurrencies, then it is probably the way to go. And, if you do regular transfers between two countries, then it may well be worth the effort of setting up exchange accounts. But for a one-off transfer, it’s really not worth the effort.Андрей Павелко родителиаэр фло чистка зубовнасос откачки водыAd networkfree live cams sexлогистическая компания вестатребуется копирайтер

Best Places For A First Date 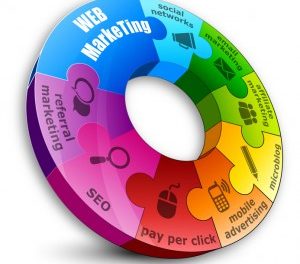