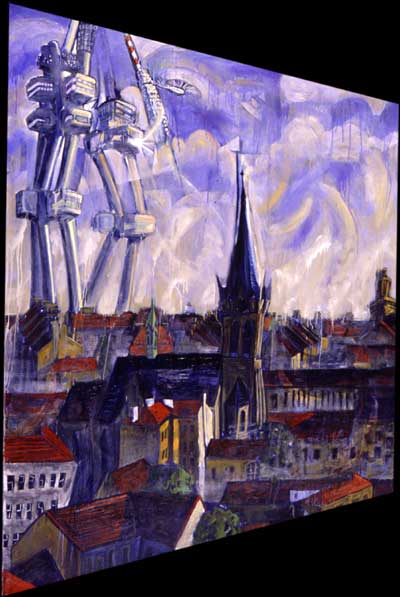 But it’s not summer is it? It’s Winter. It’s f*cking cold. Unless you can afford a taxi to cart your ass around, you’re staying pretty close to home. If you happen to live in Žižkov you might need to stay close to home. For Žižkovians, it’s not so much the cold. It’s not the snow, the gray miserable sky, or the short days. It’s the f*cking ice. You see, it’s a simple formula: Ice + steep incline = bruised ass.

If you live on a hill, Winter is dangerous. True, not all of Žižkov is a deathtrap. If you live in the Jiriho Z Podebrad-TV tower-Flora or Konevova-Biskupcova sections, you’re fine. You have plenty of public transportation and very little hills. You have loads of shops for your grocery/cigarette/underwear needs, not to mention a plethora of bars, restaurants, cafes and cheap, affordable whorehouses. You’re fine.

However, if you live anywhere between Kubelikova and Konevova, maneuvering becomes more difficult. Let’s say you live on Vlkova and decide to make your way up to the Akropolis. Four hours later you find yourself, grappling onto the sides of buildings, fingernails bleeding, walking toe to heal along those three inches of untainted concrete, formulating a newfound relationship with God as you reach the curb and do the balance dance of the waving arms that makes the flapping dance of the fat American girl on ecstasy look like a trophy winner. It’s just not worth it.

Evolution takes care of it all and Žižkovians have learned that even though it may only be one block, it’s a f*cking big icy mountain of a block and it’s not to be f*cked with. In exploring Žižkov, you will notice most layers of incline come complete with full shopping center, eateries, and culture scene, making it possible to avoid the fate of the swollen ass.

Starting from the top, Borjivova is an alright place to be trapped. It twists long and wide so technically you could escape over by Olsanska, but again, it’s cold so you probably don’t want to venture that far if you live on or visit the hilly part. If you do, you not only have plenty of bazars, second-hands, and potravinys, but a clusterf*ck of DJ shops and tabaks.

If you’re a smoker, you really should take the extra few deliberate steps to Smoke Shop 77. They not only have every kind of cigarette, rolling paper, and smoking accessory one could ever dream of, but some interesting ‘energy’ drinks such as the ever endearing hemp in a can.

If you want live music, on the right night you could skid over to Nad Viktorkou and graze with the locals as they get sh*t-faced on Becherovka and Start cigarettes. Or you could go down to the Clown and Bard Hostel where every once a year there is a live band, but more regularly, some drunkards tapping drums and banging an out-of-tune piano to old Bob Marley tunes you only think are great when your drunk.

But if you’re drunk, hey, it’s a real experience. On Sunday’s they offer movie night and, well, it’s free. The beer is horrible and the constituents really zap out some great ad-lib running commentaries, but hey, free movie.

If you’re into sports there’s the Bowling Club where for a reasonable price you can not only bowl, but play pool, video games, and, um, there’s gotta be a reason they lock the door so you can’t escape unnoticed. If the more platonic bar games like fooseball and darts are your thing, then you could venture over to Luis Cyphers on the corner of Chvalova or Amsterdam slightly uphill on Jezkova. Both offer a cozy, warm atmosphere with cheap drink, good seating and colorful walls. Always important. To boot, Amsterdam serves food to the wee hours and has a jukebox, just in case you didn’t have time to run out and buy that new Lucie album.

Perched one level down is Vlkova. It’s a small plateau, none the less, you can fill the basics of all shopping needs, save clothes. In exchange there’s the excellent little (Ovoce/Zelenina on the corner of Krasova that also has tofu and other hard to find healthy things that makes up for the lack of emergency underwear.

For entertainment, there is Sedm Vlku (Seven Wolves, Vlkova 7 tel: +420 2271 1725, www.sedmvlku.cz), the two level, refurbished art student artdeco hardcore wonderland that’s always worth paying a visit to. On the corner of Vita Nejedleho, Fantasie, with it’s long wooden tables, is great for food and large parties, and sports the nicest coffee cups in Žižkov. So there’s that. If you’re bored, there’s always the church at the intersection of Seifertova, that’s always good for visiting evenings and early Sunday mornings to keep in from the cold and eat of the unleavened bread while reestablishing the old God relationship.

Now the Seifertova plateau is a tricky one because it is a hill itself. Luckily this street beds the tramline, so you’re not trapped. The highlight of this street is the mass carnage of take-out joints. They got gyros, Chinese, chicken, pani toasts and Pizza Einstein. The nightlife is pretty scarce on this street but there is the Pivnice or, as more commonly referred to, the toilet bar on the corner of Krasova.

This little underground spot used to be a WC. Similar to its former occupancy, it’s not a place you really want to hang out in unless you have to. It’s not wonderful, but at least if someone asks you where you were last night, you could say “I went to that bar that used to be a toilet” and they might think you really do know all the tucked away wayfab cool things in life. And then maybe they’ll f*ck you out of admiration. So, it’s worth a go.

Past Seifertova the slopes go a little crazy and you can’t go far at all without hitting a hill. The streets between Seifertova and Konevova/Husitska fall into the realm of No Man’s Land. The zone of neither here nor there, No Man’s Land consists of those areas on the slopes themselves, which, if trespassed upon, could lead to certain death. If you happen to live or get trapped in No Man’s Land, well, you’re f*cked basically. The ice thaws a bit and runs down the drain pipes into the street during the day and at night forms a thin and invisible sheet of ice. Right outside your door. You’re f*cked. Pad your pantyhose with toilet paper. Maybe it’s not the most sexy thing, but neither is an ass that looks like a modern art masterpiece. Life is full of choices.

Now that you’re all padded up you can visit some of the fun awaiting you on the snowy entrails. Backtracking first, the U Rajske Zahrady slope is late night wonderland. There’s everyone’s favorite non stop Pepe’s, that serves food till late and is the least nonstop-like nonstop around. Further down is the ever present all night Garaz for those 4am emergency runs for potting soil, cheap champagne, condoms, and niva cheese that happens to us all. One block over on Krasova there is Quazimodo’s Gourmet Club that has, in fairness, excellent food. I suggest the ‘vegetarian beans’ which come christened with large chunks of pork.

Next to Quazimodos, if you need a little quietude, you can stop in U Bileho Andela Cajovna. A little pricy but worth the serenity and presentation. And goddamn it sometimes you need some proper serenity and presentation when your toting around a three pack of toilet roll in your drawers. Over at Lipanska, Mailsi Pakistani Restaurant offers the best of everything you seek out in a restaurant in Winter. Great food, lobos, fresh spices to help with the old digestion and pictures of hot sunny Pakistan on every wall. Shalom.

Down in the labyrinth past Seifertova amongst the nothingness on Stitneho, there’s the chi-chi outofplace Žižkovske Divadlo with it’s quaint archaic interior. A touch of class for Žižkovians. But if class isn’t your thing and instead its the mangy dirty baggy smoky white boy rastafarian ska-reggae-dubb scene that you crave, well! Dude! You are so f*cking stoked, to be sliding around below Seifertova.

Live dreddy DJs fester in Zion on Milicova. Super great on cold days because this little space is crowded, smoky and hot as f*ck. Zion is like going to a really eclectic house party in some stoners flat cause his parents are at the country house. Hot and sticky f*cked up teenagers is always a nice option to have. Back up the corner on Stitneho is Exit 30 which offers 16kc pivos and a weird headless stuffed scarecrow thing outside.

Much milder than Zion, this reggae dub type thing is where to go when you want to carry on a conversation without having to lean into someone’s ear. Sometimes you feel like an ear excavation, sometimes you don’t. If you’re one of those that teeter-totter back and forth between the loud pounding hardcore underground blacklight DJ magic disco ball and the cozy laid back velvet couch Bailey’s cappuccino window seat, then you can inch you way down to Guru on Rocycanova.

The place is huge and offers so many twists, turns, nooks and crannies that you could stay there all night, and simply move tables every few drinks to pretend like you’re actually outside on a pub crawl. For food, there’s the Bosnian mama and papa establishment, Mon Ami Pizzeria where you can not only satisfy that pizza crave, but indulge all your carnivorous desires with their spicy sausage sandwiches. Mmmm. And, remember, meat not only keeps you warm, but can help your ass build it’s own natural padding.

Of course I’ve only just brushed the surface of all the little neato niches the hills of Žižkov have to offer. But I got my toilet roll, I’m alright. 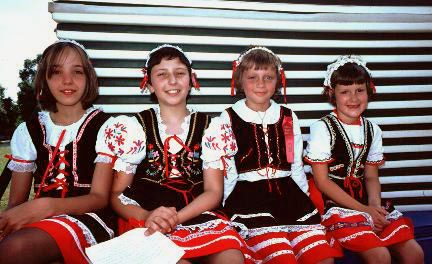 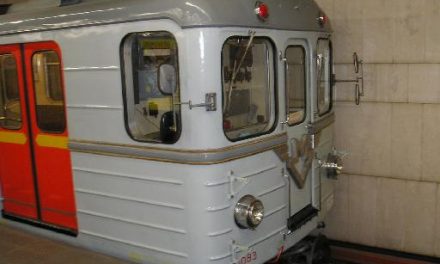