The hill where you find the statue is often mistakenly called Zizkov, but the right name is Vitkov hill, after the victory in the battle of Vitkov in the year 1420.

But the hill does go down further into Žižkov, to nicely named tram stops like Ohrada (animal pen) and Strazni (sentry). Jan Zizka, (the Communist loved him coz he killed many a greedy churchmen), is the famous one-eyed general and highly religious man who had a small but loyal band of troops.

Even though out-numbered, he managed to defeat the Emperor’s armies anyway. This event is commemorated by the erection of the 9 meters tall statue. Zizka is the inventor of mobile artillery, placing archers behind shields on wagons and letting them rain down on foot soldiers. In his sweep across the country he sacked many Cathedrals, leveling many, like the one in Benesov, to the ground. He died like a good General does, under a tree. 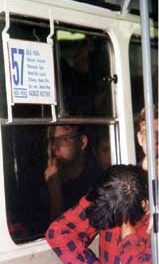 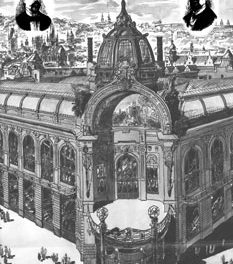