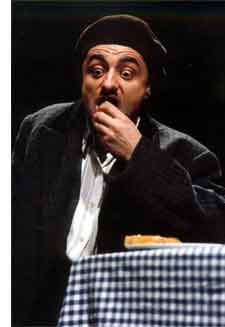 But its also simple, tasty and cheap. Which means its possible to eat out in Prague on a small budget, thus filling up and tasting the culture at the same. Something not so easy to do in Paris or Bonn.

The vegetarian traveler who wants to get traditional at a Czech pub-restaurant (hospoda) will find their options especially narrow.

Basically you have fried cheese (smazeny syr) and maybe a few salads (the most common being ‘sopsky,’ a mix of cucumbers, tomatoes and cheese).

For everyone else, if you like pigmeat (Veprove) you’re in business. There are a number of good starchy meals featuring all manner of pork, the most famous being fried (rizek) with bread dumplings (knedliky) and pickled cabbage (zeli).

The Czechs have been known to eat every last piece of the pig, but the most common meals are straight meat, so you can order even if you don’t completely understand the title and be confident that you won’t get tongue or hoof.

For beefeaters, the most popular Czech dishes are goulash and dumplings (gulas) and Svickova, which is beef chunks in cream sauce, also accompanied by dumplings. Dumplings usually consist of bread, but are also available in potato. Regardless of which Czech meal you end up picking as your favorite, you will want a big cold beer with it.

Not only is it traditional and tasty, it is a gastrointestinal necessity. To digest a meaty Czech dish, juice or soda simply will not do. If you’re in a rush, choose something from the ready to serve list (hotova jidla) and you can almost make McDonald’s time.

Most hospoda’s have these sections in their menus, and hospodas are generally found on every corner of the city outside of the center. They are usually green and have a beer sign over the door. They are also very smoky. Because they are so abundant, Prague is a good town for the traveler who likes to eat simply, fully and cheaply.

You’ll miss it when you hit Budapest. Trust us. 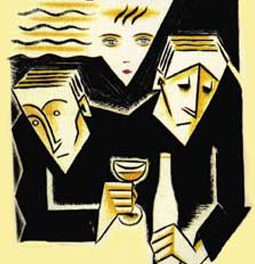 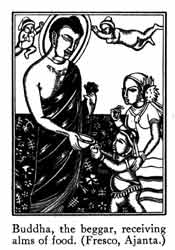