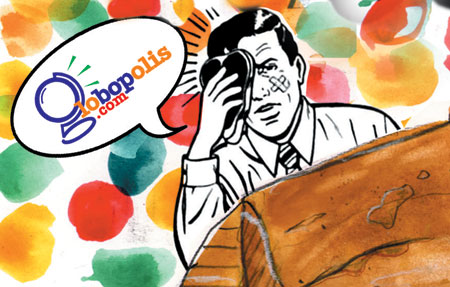 Mixing and mingling, always with a drink in hand, smoking and nodding, agreeing, listening, learning… it falls into a pattern after some time while overdeveloping and sensitizing the bullsh*t detector. You learn the language and the gesticulations for the moment, then look back on it all with a shrug and an exhale.

Help yourself, by all means, help yourself. I’ve only ever gone out ‘networking’ once. It was through some friend of a friend – I had mentioned a strong interest in getting out of teaching, and this friend of a friend told me to come out to one of the Irish pubs in the center to drink with his crew.

It was set for a Wednesday night, when I always had a few hours to kill before hooking up with “The One” at Marquis de Sade. I preferred the option of sitting at Marquis, listening to good music and watching the girls come in and out of the place. But the networking option was something different, and it had been a while since I had been in an Irish pub. At one 50-crown beer into 5 p.m., on a Wednesday evening, I remembered why I didn’t go to Irish Pubs any more.

I was with Simon, the friend of a friend. He was in finance. There was Vic, who was in insurance, Belmont, who was an image consultant, and Ian – I’m not sure what he did. The Cranberries’ first CD was playing, though I was more in the mood for the Pixies or something a little more shoegazing at Marquis. It was February, and they were talking about the recent Globopolis shut-down.

I had been to the site a few times. Never really used it for listings and shopping, but they had some good articles, and the club pics were cool. I thought it was a pretty brave thing, and the staff seemed pretty happy there. I considered interning for a while, but then, after running into DaDa and hearing about how she worked for free for three months and still didn’t get a job, I thought it better just to stick with teaching.

And here, at this Irish pub, Simon was laughing. "They had no business plan. They showed something like one to me, and I said there was no way it could work."

Vic nodded and said, "I couldn’t use that site for anything, I never did. What about you, Bel?"

Belmont just huffed a small, "Hm." That’s all he did for the whole two beers that I was there – just, "Hm", nodding or shaking his head when addressed. This time he shook his head.

Ian said, "They had some good writers. Talented bunch."

Cam and Daisy came up to the bar. Cam was a teacher, and Daisy was in recruitment. "Hey Daisy," said Vic.

There were peckpeck greetings and handshakes, and Vic said, "So, we’re just talking about the Globopolis crew. Got many CV’s?"’

"Yeah," said Daisy. She ordered a Beefeater and tonic and a beer and Vic asked her, "So, what do you do with them?"

Daisy took a sip of her drink, winced very briefly, then said, "Put ’em in the pipeline. You know, follow-up every now and again. Not really many offers coming in."

"Really?" asked Simon, "You got an exhibition coming up?"

Cam hesitated before saying, "Well, I still have to develop the films… . But when I do, I’m going to have them blown up and framed and I’ll have a small gathering at my place. Of course, you two are invited."

I didn’t really feel like toasting, but Simon was covering my beers, and I figured I might as well. Etiquette ‘n’ sh*t. I put my glass in for the clink, toasting “The One” to myself.

My attention was turned to Ian, who was saying, "Well, actually, they didn’t go bankrupt. One of their investors pulled the plug on their second round of financing. I heard it was pretty f*ckin unfair the way Advent went about it."

Vic agreed and so did Simon and Daisy, and Cam got my attention and asked me, "So, you still teaching?"

"I don’t know if I’d call it teaching. It’s more like just showing up and shooting the sh*t, getting drunk during the daytime more often than I should be. How about you?’"

"Pretty much the same," laughed Cam – he seemed happy about it. That was starting to bother me though. It got boring. Seemed like everything got boring.

What is this networking bullsh*t? It’s almost like a very stupid version of a singles bar – everyone looking to get something from anybody else.

Contacts and connections. Phone numbers on beer mats; Daisy and Cam’s for something like the fourth time, Simon’s for the second, Ian’s for the first. Email addresses on napkins; HR Director of a large PR agency, Systems Production Manager at one of the mobile phone operators, Receptionist at another recruitment agency.

Business cards – I came home with three; Ian’s remains, the other two sacrificed for filter tips. Everyone seems pleased to help, but it’s like giving change or a cigarette to a bum – it’s more for the feeling of doing something nice, the feeling it gives the helper of being a good and charitable person. A bit selfish, but they don’t know that.

Don’t get me wrong – I like to meet people. But not for the single purpose of getting something out of them. That was what wasn’t so bad about this – overall it was bullsh*t, at least on my end, but when I stopped thinking about how I was in this to get something out of someone, it got better. Down to drinking and shooting the sh*t.

Nevertheless, I left earlier than I had planned to for some solo time at the bar at Marquis. I found a good spot in the middle of the bar, drank my beer and waited for “The One”. They were playing Placebo and the place was just starting to get busy.

I thought about what Simon had been telling me about just before we left, something about that Irish pub being his favorite place in Prague, because he knew everybody there. It had been, and will remain, a long time before I go looking for a bar like that. The music, the movement, and “The One”, make every place good. 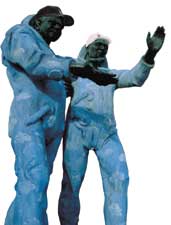 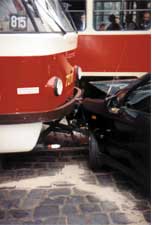