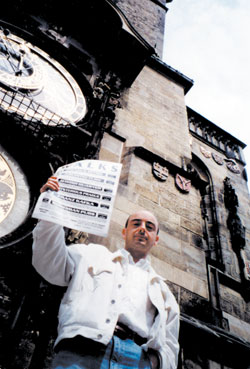 THINK: What first brought you to Prague?

PETER FOSTER: I was staying with some friends in Berlin in 1990. There were about seven people sleeping on one floor and of course the sleeping bag wasn’t mine. It just seemed natural to take a train after a particularly good day’s busking down to the Czech Republic.

THINK: How did you get into guiding?

PETER FOSTER: I wanted to make a dime. The first tour I did was the ghost tour and I got fucked over by my partner. We had a gentleman’s agreement, but obviously she wasn’t a gentleman. I had got quite heavily into Kafka and it was quite therapeutic, but then I realised that I could capitalise upon it and subsequently I started a Franz Kafka walk which was mediated by a walk around the bars of central Prague. Unlike Kafka, who was a teetotal, non-smoking vegetarian, I’m a little bit more along the Hasek vein, who incidentally lived almost exactly the same years as K did but died seemingly as a result of alcohol abuse rather than abstinence. More importantly, guiding is easier than teaching English.

THINK: What inspires you about the place?

PETER FOSTER: The thing is that in Prague you can take a 10 minute walk and see pretty good examples of different styles of architecture from the last 1000 years. You’ve got Romanesque rotundas, you’ve got Gothic town houses or churches, renaissance  palaces, you can see churches which were either built in the baroque style or baroquised during that period, classical buildings, you’ve got examples of Prague art nouveau and modernism.

THINK: What do you want people to get from the walks?

PETER FOSTER: Most people are probably quite reluctant to go on a walk, they feel they’re going to be like sheep following their leader, and it’s something I try to get away from. The whole idea of my walks is that people really enjoy the walk, feel free to ask me questions, to express themselves, they’re on holiday for Christ’s sake. Don’t forget that, though the tourist trade in Prague is in many respects a perversion, on the other hand it’s something which is paying for the restoration of a lot of the property in this city.

THINK: And your present feelings about Prague?

PETER FOSTER: I came here initially with a genuine belief in this place, I thought it was going to be a new idea, some ideal social democracy, with people like Havel at the helm. But it seems as though it’s been sabotaged. Prague is somewhere which reminds you at every corner of a past which in many respects was great and in many respects was brutal. The problem is, we can’t begin to appreciate that people are actually getting on with living their own lives and trying to deal with adapting to what is after all a fairly brutal Western notion of what constitutes a good society. 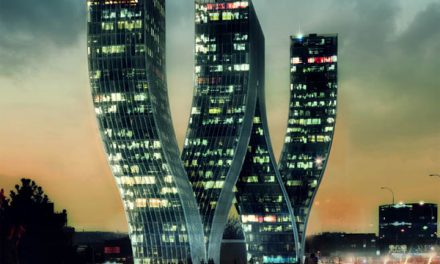 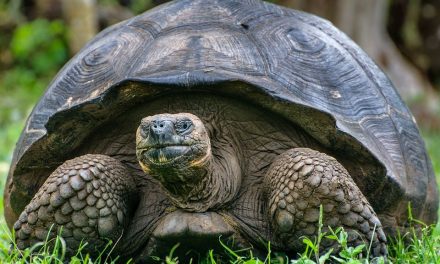 Great things to do near Heathrow airport