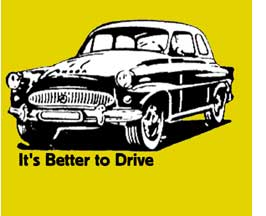 How many times a day did that same disbelieving “Jesus, Honza!” form on her lips? But even so, he had his uses, she had to admit. For instance, he was teaching her Czech, something that surprised her really. He told her always to add the word “vole” to her requests and observations, and it worked a treat.

“Pivo, vole!” she would say if they went to a pub and someone asked her what she wanted to drink. “Diky, vole!” served her well for “thanks”. And so on.

She learned to pick out the useful little word in the conversation of others, too; and so, one evening, as Honza and a couple of friends were talking about business over a few beers, and Lisa, who couldn’t follow, had drifted away, her ears pricked up at a strange phrase.

“Ticket inspection vole,” she thought she heard one of Honza’s confreres remark. She looked around.

“Ty vole,” said the other one, shaking his head in admiration. Honza had explained that this meant “You ox”, but that didn’t seem to help much really.

She asked Honza about it the next day, and he laughed happily.

So they got on the 22 tram, which is always full of foreign tourists, because it goes up to the Castle, and after a little looking they found Honza’s two friends from the previous evening, hard at work. Honza winked at Lisa and sat her down at the back of the tram to watch.

The fine for not having a ticket had just gone up to 400 crowns, a fact which was discreetly advertised on posters inside the trams. And so here were Honza’s two friends – Lisa couldn’t remember their names – with some old badges they had got from somewhere, going up to foreigners, flashing the badges, and saying in stern, bureaucratic voices, “Ticket inspection! Ticket inspection!” This seemed to be all the English they knew.

Sometimes they would approach a Czech by mistake, to get waved away with a muttered curse. But foreigners, after all, are fair game, and soon an Israeli or a Portuguese who didn’t understand how the system worked and who either didn’t have a ticket, or who hadn’t stamped it in the little machine, would be found. After that, the trick was to look very heavy and threatening, as if this was likely to lead to ten years in the salt mines.

It looked like lucrative work. Lisa could see that. When they found a whole family of Swedes without tickets, it looked like Christmas had come. With stern gestures, Honza’s friends ushered them off the tram at the next stop, so they could deal with them at their leisure. Honza and Lisa stayed on, and got a last glimpse of the frightened Scandinavians. The father was already reaching for his wallet.

“Ticket inspection vole,” said Lisa, and he laughed in his innocent-seeming way.

“But what happens if they get caught?” said Lisa.

“Ty vole,” said Lisa. She was beginning to catch on. 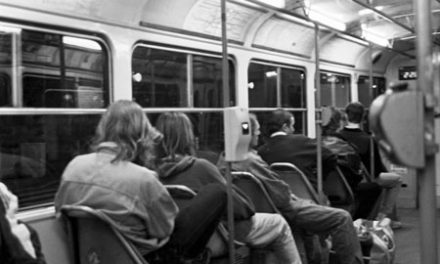 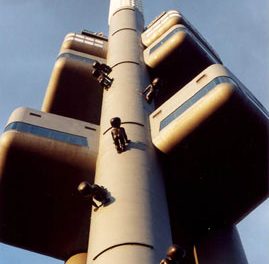 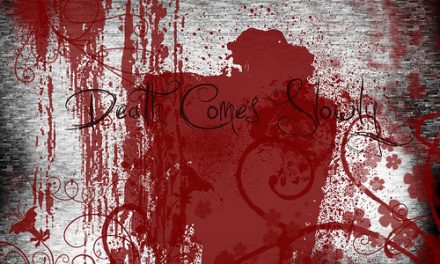