Not tourist trap productions, that is, but performances aimed at the expat community.

At first, there was a great energy about all this, because everything was fresh and new and exciting and so people didn’t mind too much if the shows weren’t very good.

As the years went by, though, natural selection set in, as people discovered that putting on shows that were no good meant that the audience wouldn’t bother to come along next time.

For a long time, it seemed as if a stable formula had been found, and the same people would always come to see the same actors doing the same kind of shows. New Yorker Sean Fuller, for instance, was able to put on a whole series of his unusual slapstick comedies on this basis.

More recently, things have changed. There are fewer new shows, and it’s a lot tougher to get audiences. But this too has a positive side: it makes everyone try a lot harder. In fact, through the Nineties, Prague’s English language theatre has achieved the transition from amateur dramatics to professional show biz.

The first shows were unpretentious amateur productions by people who just happened to be passing through Prague, and were just a chance product of the fact that there were a lot of empty theatres available. Nowadays, professional shows are staged, with experienced actors, and companies work under approximately the same conditions as Czech theatre groups.

But there is one big difference: one basic problem which has yet to be solved. The Czech theatre in Prague has evolved a system of publicity for shows, so that everyone is informed about what’s on. The English language theatre, with only one or two shows running at any one time, relies on word of mouth because effective publicity is simply too expensive.

It is a serious problem.

One production, Quills, a high energy production by Misery Loves Company, had to close early because not enough people showed up and this was a funny, entertaining show which was up to international standards.

The Exposure company has found a slightly different formula. They are aiming at English speaking Czechs as well as at native speakers, and their shows also feature well known Czech actors speaking English, or, in bilingual shows, Czech.

Because otherwise it will curl up and die. 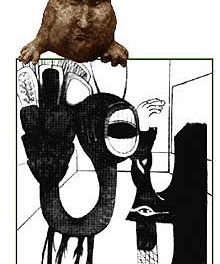 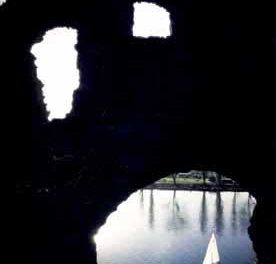