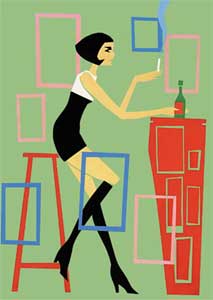 I am Daisy Blaze. I am a hungry bunny. I am from New York and am currently hopping around Prague. If the term ‘hungry bunny’ is not clear now, it will be.

I believe that good food, good wine and hot kisses can determine a lot on a first date. These three elements have helped me draw conclusions in the past.

You see, good food leads to comfort. Lots of drink leads to a lack of inhibition, and a good kissing partner is the ideal long- term distraction…

On this particular evening, I found myself sitting on the Kampa Park Restaurant terrace by the water, being watched by the Saints of Charles Bridge. There was a nip in the air, but the heating lamps bathed me. I was sitting across from the tall and dark haired Mr. X, on a seat that had been occupied by many famous people, the hostess informed me. Mr. X and I had met last week at a poetry reading. His poems had left me tingly, and it was my reaction to his talent that led me to accept his invitation to dinner.

The place was magical – a perfect spot to continue our highly charged minuet. The lights were low and the air electric. But I was hungry and the menu distracted me. I nibbled on fresh country bread smothered with delectable light herb cheese and began to focus on the choices before me. When the waiter arrived, I noticed that Mr. X still had not even looked at his menu. After a flurry of deliberation, I chose an appetizer and an entree. I also told the waiter what Mr. X would be having.

I let Mr. X order a bottle of red.

I chose the tuna tartare as my appetizer and Mr. X received the butternut squash soup I chose for him. My choice was absolutely delicious: fresh tuna, pear and pinenuts. Mr. X looked longingly at my plate as I finished. He kindly offered me a taste of his soup. I blew on a hot spoonful and swallowed.

It was the best soup I had experienced since Newhart went off the air. Butternut squash soup with black trumpet mushrooms and cranberry coulis. The combination of red wine, hot soup and more red wine caused my eyes to start batting. Clever conversation followed.

I listened to tales of bad childhood habits that he was still trying to kick: thumb sucking to be exact. “Great!” I thought. “Another oral fixator… this is all I need!”

He also told me that he likes to carry a certain blanket from room to room when he is at home. In reaction to the disappointed look on my face, he assured me that the therapist had really helped him with the thumb sucking and not to worry. I smiled.

“I think we will need another bottle of wine with dinner!” I brilliantly stated.

The waiter’s arrival brought an end to that ‘up close and personal’ gastronomic intermission. I think that the wine was trying to convince me that having a blanket fetish could be cute, but the adult in me told me not to make any snap decisions… yet.

Our steaming entrees were gently placed in front of us and I was anxious to get my tongue around my halibut.

I glanced over at Mr. X and watched as he devoured his oven-baked lamb. The halibut was absolutely breathtaking. It was a large grilled fillet served with potato puree and a ragu of zucchini, eggplant, grilled corn and mushrooms. Mr. X’s meat also looked tempting served up with an herb spaetzle, baby carrots and a rich veal jus.

We exchanged bites and Mr. X suggested that after dinner we go to Nebe for a nightcap. I suggested that we enjoy the moment for now, but that I was definitely up for some fun later.

After sharing (actually playing spoon hockey with) a big bowl of the warm forest berries topped with some sweet cream we danced out of Kampa Park and headed to Nebe. It was a dark, smoky den of a bar that had a tunnel-like interior and the angst of Rage Against the Machine blasted through the hall. I ordered a Black Label on the rocks and a G & T.

Rock ‘n’ Roll! I took this opportunity to show off my new little black dress while in the distance Mr. X swindled a big, comfy booth for us to sit in.That was when I found myself kissing some guy from Denmark while Mr. X waited for his drink… 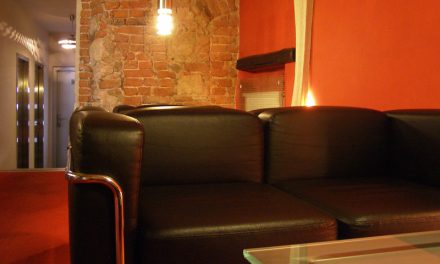 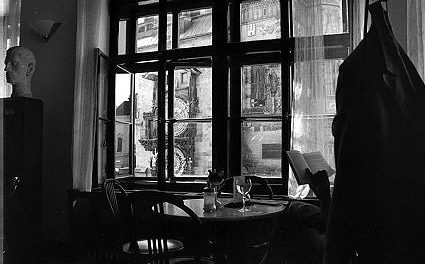 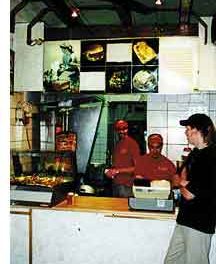