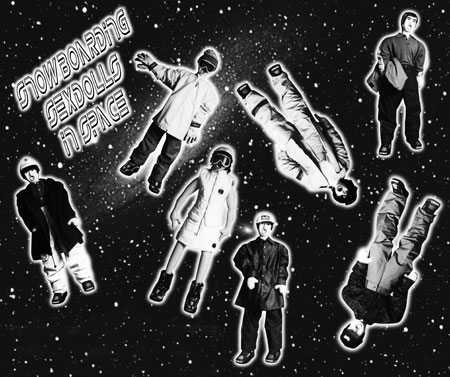 Okay, maybe snowmen aren’t so bad, or the occasional snowball fight could be somewhat fun if you like having really cold hands, but what else can you do with it? You can shovel it when it piles up on your driveway, you can get your feet really wet and cold if you walk in it, you can fall when things get slippery.

But why not do something constructive? Well in the past people have strapped on some skis, but let’s be realistic, this sport is dying faster than Frank Sinatra. This brings us to snowboarding which is quickly becoming another Generation-X trademark. Over the past few years I’ve watched my friends hang up their skis and pick up a snowboard without looking back and I figure that it’s my turn this year.

Luckily I’m in Prague which has no shortage of good snowboard shops. Let’s have a look around, shall we? My first stop was Rock’n’Roll (off Vaclavske Namesti) which has a fairly good selection of Vision, Able and Lust snowboards along with sk8boards, shoes, clothes and accessories.

Next we’ll move on to perhaps the best known shop in Prague, Mystic Sk8s. There I was emersed in an overwhelming amount of snowboarding things. This place has arguably the best selection of snowboards in Prague ranging from Czech brands like Frople and Rook to American brands like Morrow, Crap, Harvest, Sims, K2 and Silence. What about boots you ask? Well, they have Vans and Northwave to name a couple. And that’s all you need.

There is also Mystic Snow in Vinohrady which keeps lots of Assassin, Avalanche, Rook and Burton boards in stock. Here I was lucky enough to find Ondrej Wachsmann and Lukas Prolup who were a big help. If you were to ask them who they thought the best Czech pro snowboarders were, they would tell you that David Horvath, Martin Cernik and Marek Schneider* are the best guys and that Alice Steinevova is the best girl.

I asked Ondrej what he would tell anyone who was just starting to snowboard this year, he said, “Don’t buy a sh*tty snowboard, buy a mid-priced one. You’re better off doing this because it will last longer.”

He also said that, “… you can get a good board for about 8 to 10,000 crowns.” He prefers Deluxe boots because they are “cool and reasonably priced.”

The biggest shop in Prague is probably the Snowboardel in Zizko. This place has everything including a great choice of Smith, Burton, Liquid, Ride and Hammer snowboards. They also have some very cool Gotcha and Timezone clothes, a must have for any snowboarder. It’s been said that Czechs prefer freestyle boards more than slalom boards even though the mountains are notorious for being rather icy.

Most snowboarders go to Svaty Petr which has two resorts; Spindeleruv Mlyn – which is the best and the price reflects it – and Pec Pod Snezkou. However, Michal Marko (thanks for telling me about somebody’s trip to Amsterdam) who works at White Dog in Mala Strana says it is better to go to the Alps in Austria.

I asked him when the season usually starts in the Czech Republic and he said, “When there is snow on the mountains. ” In other words the beginning to the middle of December. At White Dog I found the biggest variety of clothes and eyewear along with lots of Rook snowboards.

There is also 69 Snow and Skate which I found to have the best selection of coats and pants. I could also be very bold and say that they have the best priced Nitro, Sims, Avalanche, Scott, K2 and Winterstick boards. Shrotel is another place worth checking out.

They carry Liquid, Ride and Compact boards and have a lot of Blax, Orion and Askew boots. Here I also found used boots and boards, most with bindings, starting at 3,500 crowns. And last but certainly not least there is the Sun and Snow Shop.

This is maybe the smallest shop that I came across, with a pretty limited selection of boards, mainly Frople and Duotone. However they did have some nice jackets and a cool selection of Vans skate shoes.

Unfortunately none of these shops rent boards, you’ll have to go the resorts for that. I would say that all of these shops have just about the same prices on the boards, anywhere from 4,000 to 7,000 crowns for a cheap board, and the better performing boards starting at around 8,000 crowns.

With the boots and bindings it’s the same story, good boots start at around 3,000 to 4,000 crowns. Of course it depends on your personal preference so I would recommend taking a look around for yourself, you’ll definitely find what you are looking for.

* Marek broke his back snowboarding in Austria and he is now wheelchair bound. He is presently writing for the Czech snow and skate magazine, “Move”, and has gone through rehabilitation in hope that he will walk, and maybe snowboard again. Good Luck Marek.

Snowboard (and skate) shops in the Czech Republic 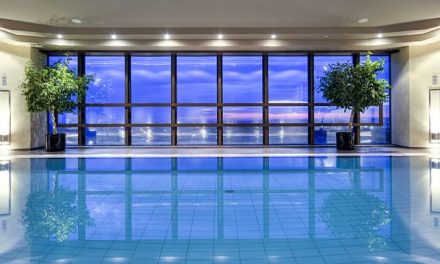 The Skinny on Prague Fitness Centers