Many have two of the above or all three.

With that in mind I give you the following characters whom anybody who has spent a little time in this city should be quickly able to identify. Helga Kukurukova is walking her little shitzu. She is sixty-four, with blue hair, and weighs a solid 248 pounds. Her dog has a pink ribbon and hasn’t been bathed since the Velvet Revolution.

They are on the way to the potraviny and she is pulling a cart along with one hand and leading her little angel in the other. She pauses to let the filthy mongrel sniff at the side of some crumbling gray building. It sniffs and then lefts its twig-like legs and pees on the building before trotting to catch up with its mistress.

They round a corner and an equally dirty black poodle approaches. As they hurriedly approach each other and sniff assholes the two old women regard each other with disdain and give a dismissive “Dobry den” before each dog begins to hurriedly bark at each other (perhaps recognizing the scent of sh*t or piss on some path or concrete it’s stupid instincts has made it regard as its own?).

The four part ways and Helga and her dog get to the potraviny.

Helga ties the dog up outside and it barks for the entire ten minutes it is out there while Helga buys seven different kinds of pork and some knedlicky. Later Helga is watching TV Nova at around nine on a Tuesday night. In comes her husband Vasek. He has been working at the factory all day, or digging a hole in some godforsaken part of Prague, and he just drank 17 pivos in two hours. His skin is yellowed from 47 years of smoking filterless tobacco and inhaling paint fumes and Prague’s coal-laden air. She remarks on his state. He remarks on hers (fat varicose vein legs, stinking breath, bushy armpit hair, stained night dress). The hatred in the room could choke someone not immune to it such as these two.

He sits down on the couch to take off his shoes and nearly crushes her little angel. The rat-dog leaps, yelping its soprano yelp, in the arms of mother, long, dirty fir flopping, pink ribbon flopping. He leans back into the couch and sighs deeply. She cuddles her tiny dog, her depository for the small amount of love left in her shriveled up, black heart, and eyes her husband with loathing.

Otto is a drunk. He stumbles out of a hospoda in Nusle on a Wednesday afternoon and braces himself against the building and coughs up green bile. He hacks and then reaches into his pocket and takes out a handful of loose tobacco and some cigarettes that he collected from inside the pub. He hacks, lights one, and hacks again as he inhales and starts walking.

Some of us have romanticized the drunken Bukowksi, Tom Waits image. Some of us are ready to proclaim Otto a socially marginalized outcast who might hold the secret of life in the tiny glimmer of life left in his graying soul. Some of us are ready to call Otto a Nihilist who has seen the Nazis and Soviets come and go and is jaded to the heralded globalization that the world is undergoing. Some of us would like Otto just because he seems like he doesn’t give a f*ck. But then, as he reaches into a garbage can to get a bottle, we notice his plastic bag. It is flaming pink and says “I love Pez” on it. He grabs the bottle, grunts and scratches his belly, which is poking out of his gray shirt, and walks on. His bottle clanks around with other assorted junk in his bag.

Any chance for Otto to capture the whimsy of those enamored with the social pariah is lost. We can all forgive anything really, but the one thing we can’t forgive is lack of style. If we like Otto for his drunken meandering and his self-annihilating drunkenness we hate for him for his bag.

For Otto’s bag is absurd and it puts all these silly notions we assigned to Otto the Drunk in relief against what Otto really is: A drunken loser.

Marek and Lenka have so much in common. They just don’t know it.

Lenka is standing outside of Radost, pacing, checking the voicemail on her cell phone once again. Gunther, the Eurotrash German, is twenty minutes late to pick her up in his BMW and she can’t accept the fact that he hasn’t called. She is being tortured, dying to call a friend to talk about it, dying for Gunther to call and tell her why he is not here; she is dying to call Gunther again but she has called 8 times in the last five minutes and Gunther’s cell phone just rings and rings.

She doesn’t want Gunther to see her number on his phone so many times and think that she has to call him so much. Men pass Lenka and gawk at her beautiful body and face. She is sneering at them, near weeping, her face changing shape as the moments swells with her anxiety. Her soul is an empty dark place. She looks at her phone and waits for it to ring. In a moment she fears she may scream if it doesn’t.

Marek is drinking a Mattoni inside of Radost. His phone rings incessantly and he talks in a sonorous voice, laughing and talking about things involving money and his social life. Marek is good looking. People pass his table and look at his bleached blond hair and tight shirt. Marek likes techno music.

He doesn’t actively like it, he couldn’t really tell you what he likes about it and if he did he would saying something about it have a good beat. The truth is that the beat is constant, like, unfortunately, the beat of his heart and both the music and his life go stupidly on.

He gets off the phone and flips through his numbers. He realizes he has called everybody he knows that might be available to talk. He is sitting in Radost and he begins to sweat. What now? He can’t imagine that he would be left here.

No one to talk to. No one is calling him on his cell phone. He hurriedly fishes through his bag and finds the phone number of some girl whose number he got at Mecca last weekend. He dials the number, sweating.

Outside Lenka’s cell phone starts to ring right as she is about to scream and have a nervous breakdown. She answers it. Its Marek. Is it a love connection for these two who have so much in common? Two vacant souls looking for something as equally pretty and empty to fill it up?

Lenka hangs up. Marek hangs up. 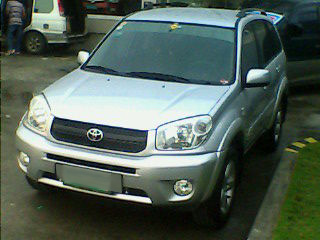 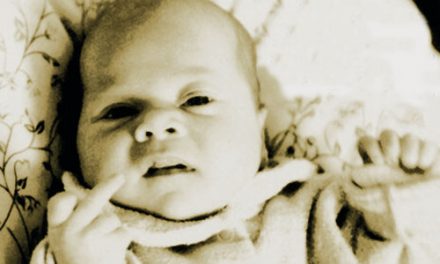 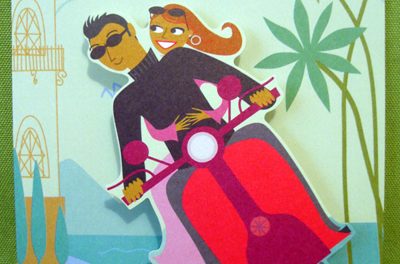