Check out the pictures of Mimoň on Think’s Facebook page

You’d never know it, but there’s an abandoned military base in Mimoň, where our soviet “brothers” lived in the times of soviet occupation, on the way from Mlada Boleslav to Ceska Lipa in the most beautiful nature territory of Machovo Lake and the ruins of Bezdez castle…

Its history is very interesting.

In the times, when the soviet army units operated here, this army base plus the surrounding area was once the Czech Republic’s most closely watched area, and wasn’t even on maps (except the army maps, of course). This was not only for the base itself, but also because of the fact that nearby there’s the unfamously famous uranium mines (in the times of totalitarianism one could make as much as 15.000KC per month’s wage!).

Mimoň army base in the times of peak capacity was among the biggest army bases in the Czech Republic and it suddenly became abandoned with the leaving of the Soviet army back home. When this happened in 1992, a song by Michael Kocab with Prazsky Vyber (the CD is called Adieu Soviet Army) was singing for them on their way out.

Nowadays it’s not easy to find the entrance into the area of the army base, because of no street signs (of course) and the entrance gates and buildings are hidden in a jungle of greenery that hasn’t been touched by peoples’ hands ever since. Only the “ostnaty drat” and triangle concrete barriers indicate what’s left behind. Somewhere in the middle, there’s two long runways, connected into a “obdelnik” and alongside of those there’s jet airplane hangers.

These hangers have got two part thick steel gates on railways and many of them are open. Next to the military airport, there’s a big hanger full of soil, hazardous soil contaminated by aircraft fuels and other trash. This is the military part of the base, but not far from here there’s a little base-town, where there’s blocks of abandoned apartments where the families of the soldiers lived.

It’s quiet all around and the green vegetation has taken it over, the grass over a meter high giving it the feel of a post-apocalypse playground. All blocks of the apartments are completely scavenged and the Soviets took everything that had any value with them. There’s only the wallpaper on the walls of rooms inside mostly in pink and light green colors. Even the wires are ripped out of the plastic isolation covers, which lying on the floor look like an old snake’s skin.

Behind the blocks of apartments there’s a long building with three entrance doors, a cultural center. Inside of this building, there’s a big dance hall with a stage and many small rooms with the walls decorated with paintings in bright colors (today they are bit pale and faded).

Driving around, sometimes I see a gates with signs in Russian, metal plated decorations shaped into tanks and red stars. Here there’s a complex of spas, leisure centers, something that looks like a school and many other buildings, many of them decorated with messages in Russian and all of them raped and completely scavenged.

One almost feels like that if the Soviet soldiers could take bricks with them, they would take the whole buildings apart and take those with them.

And the death silence is all around. I’m looking at the dead buildings and trying to imagine how it looked back in the days when the children played on the playgrounds and in-between the buildings there were echoes of their laughter. No sentiment, there is only the weird and oppressive feelings like those of a graveyard. By the way, it’s hard to imagine a better space for a big free party, something like a Temporary Autonomous Zone.

What about to place sound systems into the bunkers, a different DJ in each of them… We’ll see, what august brings, maybe the Hostimice crowd can take it over, or any other people who just want to ‘be there’ at the same time. Everyway and anyway, let yourself be surprised. 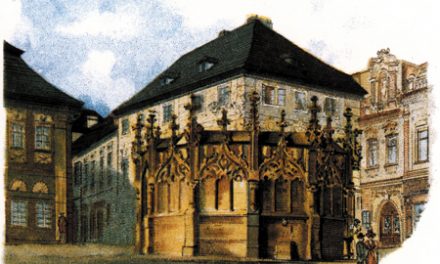 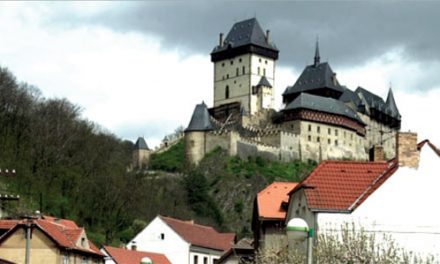