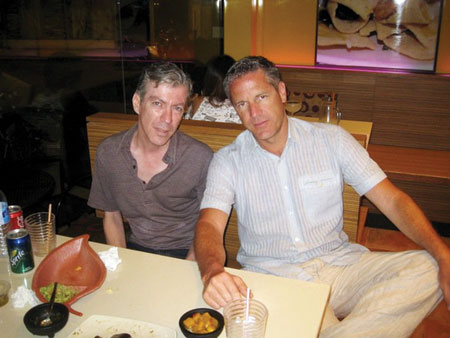 It actually doesn’t really register until a few days or weeks of realization takes hold. When the best man at my wedding, Steve DeSha died on November 16th 2010 of Pneumonia in Bangkok, my grief took some time to overwhelm me. And overwhelm me it did.

A dear friend and brilliant soul was lost. Steve served in the US Army outside of Frankfurt after growing up in the Lower Haight district of San Francisco. He went into retail having special “pacesetter” business cards issued to him by his employer, Nordstroms, where he was the one to catch in the ladies shoe department. We’ve speculated that he had a foot fetish because he sold more shoes than anyone in history.

He would hold a woman’s foot as though it was a The Golden Calf itself! Many a night transpired barhopping around San Francisco’s shabby chic venues, Albion, The Deluxe, and Nicky’s BBQ. After I found out that my new wife was behaving badly, Steve convinced me to move to Prague with him to design and build the holy grail of the women’s shoe world: A stylish orthopedic ladies pump. He secured a European history degree at City College as well as some eager investors that helped finance our hair-brained scheme as we set off on March 29th, 1995

We were partners in opposite worlds during the Prague expat Renaissance. I pretended to make art, while Steve got down to serious money making at Prague’s infamous Chapeau Rouge after our “investors” money was immediately frittered away. He was endeared by the then Yugoslavian and British expats as a straight talker and serious encyclopedia of Cinema noir and the great power shifts of twentieth century Europe.

He seldom spent time with actual Americans, as they were largely American. Boring, predictable not really worth his time. The regulars nicknamed Steve “Padraig” his informal middle name, and the rest was, in fact, unpublished history. Rarely did an all-nighter occur without the beaming, toothy smile of Steve settled in the backgrounds of the venue-du-jour; Roxy, Cibulka, Radost FX or The Bunkr. He was the go-to guy for fact checking, leads on an empty flat, or a fair priced bag of buds.

His infectious, piercing laughter was a mainstay for Chap regulars. He taught English, banged only the shyest local gals, and ALWAYS lived in premium locations within the Prague One city center. He never wanted to walk more than a kilometer home after a night of partying. A “DeSha” was known as the practice of boarding your 5am metro to travel just one stop, and then nodding off, only to be awoken at the end station and sent back to the opposite end, ad infinitum. Classic Steve!

I lost track of him in the winter of ’99 after a forced stateside rehab of my own.
He had moved to Asia, where a whirlwind of rumors surfaced through the years.
A one-year stint in a blue-collar prison in Malaysia, a supposed overdose on Viagra in A Bangkok brothel. None of us here really knew what was going on there in Thailand. After once pissing off some local thugs, his throat was slit ear-to ear and he was left for dead on the sidewalk. A Buddhist cabby took mercy and dropped him at the ER saving his life.

“That was some serious shit,” he told me. This was life on a razors’ edge. Boiler room to Ponzi scheme, he couldn’t break loose from the insidious tethers that promised him his “big-payout” to show his family back home that he really could make it big on his own terms. That was Steve. Never by the book, always by the crook, it’s just how he lived. Nobody to lean on or check his math, he was a “true” loner, consuming volumes of non-fiction and Marlboro Reds. He didn’t do Thank You notes, breakfasts, or small talk. It just wasn’t him.

His actual death remains unclear. Pneumonia was listed as the cause and yet it was 83 degrees and humid the day he died. Perhaps a nasty cold just got the better of his smoke-weakened lungs. He used an inhaler, suffering from a chronic asthma problem. His two devoted sisters made the pilgrimage to Thailand to recover his body from authorities in early 2011, and meet his friends in order to better understand who he was, and how he lived there day to day. Our reunion in Thailand in January 2010 was quite tense.

Greyer & humbler indeed, but the illusory riches were always just beyond his reach. He treated us to a boat tour through the back canals of the wondrously tropical yet polluted metropolis.

He promised he’d return to Prague that winter, but that was not meant to be. We spent four days sightseeing, drinking coffees, and catching up. Four days I’ll not soon forget. Here’s to a Prague legend and a genius among germs.

– Steve Padraig DeSha is survived by his two sisters, Denise and Michelle 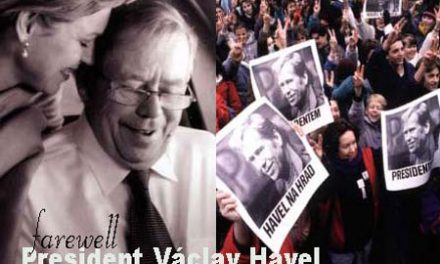 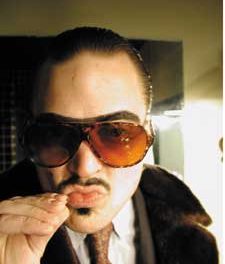 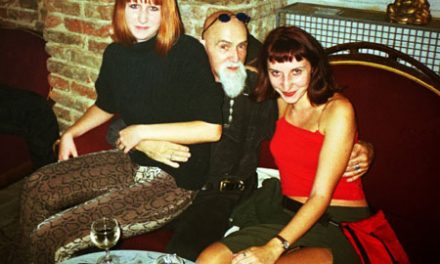