Turkey is a gem of a country for travelers interested in history, culture, architecture, outdoor activities, or really anything else. If this country hasn’t made it onto your travel bucket list yet, you should definitely add it! Spread across two continents and displaying bits of history from the Hittites, Greeks, Romans, Lycians, Byzantines, Ottomans, as well as more modern eras, the remains of an often-changing leadership has forged an entirely unique nation. It would be impossible to cover everything about Turkey in one guide, but this is meant to give you at least a base to start planning your itinerary from.

You will need to obtain a traveler’s visa to enter Turkey, regardless of which country you are from. You used to be able to do this upon arrival, but since April 2014, you are supposed to apply online. Don’t worry, though—the processing time for these visas is short, they are generally not very expensive, and you do not have to submit extensive paperwork or anything like that! Citizens of the US, Canada, and most of the EU countries will be granted a visa for a three-month period.

The cost of travelling through Turkey is about mid-range. For a meal at a restaurant, you’re likely to pay somewhere between $5 – $12, depending on where you go. For a hostel, you’ll generally pay $10 – $20 per night, depending on where you go and how many amenities the place offers. Hotels will cost you at least twice that. Of course, costs are lower if you travel outside the major cities like Istanbul. If you’re crunched to fit a certain budget, know that you definitely have options and will still be able to see many sights and exhibits without breaking the bank.

If you’re really trying to stick to a budget or you’re just curious about your travel expenditures, you may want to do a little prior planning and then keep track of your daily expenses. You could use Excel to do this, but a more convenient way to do this is to use a budget planning app, such as the free TripBoss suite, which you can throw on your phone and carry around with you—get in the habit of logging things as soon as you buy them, rather than having to save receipts and think back through the whole day. Remember, though, you may want to use a VPN on your iPhone or other smartphone device to protect your information when you’re travelling abroad!

If you want to travel around Turkey outside of Istanbul—which you absolutely should!—you’ll need to figure out how best to do that. You have a few options: car, bus, train, or plane. What you choose will depend on your budget and the type of experience you want. Depending on where you plan to travel to, you might also be able to take a ferry, such as from Istanbul to Bursa or Trabzon, but you’ll be limited to cities on the water obviously.

Renting a car is always an option, but this can get costly, and you might find it more enjoyable to relax and let someone else handle the operation of the vehicle. The bus may be a bit more uncomfortable, but this is a very convenient way to get around Turkey, and there are buses to nearly everywhere.

Getting around by train might have your old-world, romantic travel heart singing, but know that in Turkey, trains are generally slower than buses, and the rail network is not very extensive, so you may not be able to get to all the places you want to visit. If you’re planning on sticking to major cities, you might be better off checking out some national and regional airlines to see if you can find cheap, quick, and comfortable transportation to fit your itinerary.

If you’ll only be in Turkey for a short stop-over trip or on a quick visit from Europe, you’ll likely want to explore Istanbul. Although not currently the capital city, Istanbul is the largest city in Turkey and has a rich history dating back to the Roman, Byzantine, and Ottoman times. Check out the Hagia Sophia, Topkapı Palace, and Sultanahmet Mosque (Blue Mosque). Then head over and get yourself lost at the Grand Bazaar. For views, head to Galata Tower.

Istanbul isn’t the only city in Turkey, though, and if you can, you should head out to Bursa. This city was the first capital of the Ottoman Empire and has an array of spectacular mosques, tombs, and historical buildings that will keep your inner architect fascinated. Check out the small but free Museum of Turkish and Islamic Art, and make sure you don’t miss the wonderful Turkish baths!

Or check out Edirne, the capital city following Bursa. Considering that the city is situated at the borders of Turkey, Greece, and Bulgaria, you can imagine the wealth of culture here! Here too, you can see the remains of Ottoman architecture such as the Justice Tower or the two bridges connecting Karaağaç to downtown. There are also many mosques, markets, and museums, as in other Turkish cities.

Turkey has plenty to offer beyond the cities, though! You’ve likely heard about the country’s beautiful Mediterranean or Black Sea beaches. Did you know that Turkey also offers skiing in the winters, though? Head to Uludağ (near Bursa) for some great skiing from November to March. Some years, you can head to Saklıkent and get in both skiing and swimming in the Mediterranean during your visit—although this depends on the snowfall for the year.

A special activity not to be missed is ballooning in Cappadocia. You’ll need to wake up early to do this, but it’ll definitely be worth it as you watch the sun rise over the bizarre landscape of fairy chimneys and rock formations.

As a melting pot of so many different empires, Turkey is a place that you really have to see to get a real understanding of the culture. From architecture to food to landscapes, you’ll find so many unique things that will have you falling in love with this country bit by bit. What you had intended to be a short stop-over or a week away might stretch into a much longer visit in this somehow-timeless country. Even if you spent a lifetime exploring, though, you would still be surprised and delighted by new things all the time. Turkey awaits! 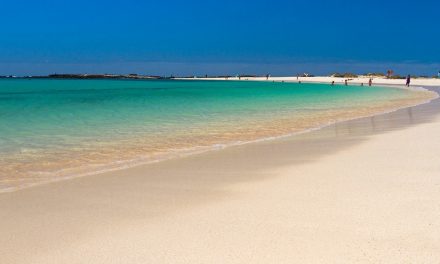