The best way to get around Prague is by public transportation. The intricate system of metro (subway) lines, buses and trams is quite efficient. Traffic continues to build as cars – and visitors – increase in number. Parking in the city center can be difficult, but new parking garages are springing up to handle the overload. Often the most efficient and enjoyable way to see and get around Prague is on foot.

Prague’s International Airport (PRG), or Letiste Ruzyne, is on the northwest edge of the city, approximately 12 mi/20 km from the city center. Under normal traffic conditions, the ride from the airport to the city should take about 30 minutes. The addition of Terminal North 2 in 2006 makes the airport a bit more difficult to navigate, so pay attention to the arrival and departure terminals on your ticket. The new terminal serves flights to and from Schengen countries. Phone 220-113-314. www.csl.cz.

White vans and minibuses with CEDAZ Praha AIRPORT written on them provide passengers with a reliable trip every half-hour from the airport to the city center 6 am-9 pm, as well as to any hotel in the city. Shuttles stop at the Dejvicka metro station and the central bus stop on V Celnici near Namesti Republiky. The ride costs 120 Kc. In addition, Cedaz will take you to any central hotel or private accommodation by van for 480 Kc. Phone 220-114-296. www.cedaz.cz/about-transport-services.php.

City Bus 119 operates daily to the Dejvicka metro station. A bus ticket from automated orange ticket machines or the transport kiosk in Terminal North 1 costs 20 Kc. Rental car companies maintain branches at the airport, but rates are considerably higher there than those offered by their counterparts in the city center. Taxi stands are located at the main exit of the arrival hall. A ride to the city center should cost around 450 Kc-500 Kc, but drivers are notorious for inflating fares.

The reputable taxi companies, AAA Radio Taxi (phone 222-333-222) and Profitaxi (phone 261-314-151), go to the airport only after being summoned by phone. Because they keep a safe distance from the more aggressive cabs clustered at the terminal exit, they may be difficult to spot once they arrive to pick you up. Agree upon a specific site to wait for them.

Florenc, the main station for intercity buses, is located on Krizikova Street. It’s also where metro lines C and B (red and yellow) intersect. Buses arrive at and depart from Florenc for cities across the Czech Republic, as well as for other major European cities. Ask at the information booth for times and prices, we recommend Student Agency and Orange Ways bus lines for great prices. www.csad.cz.

A car is not a necessity for exploring Prague, and having one might even be a magnet for trouble. Streets are narrow and poorly marked, theft is a major problem, and Czech drivers are ranked among the worst in Europe. Driving in the city center can be particularly frustrating because of one-way streets and construction, especially during the summer months.

Parking meters in the city center are either in a green zone (30 Kc per hour, maximum six hours), orange zone (40 Kc per hour, maximum two hours) or blue zone (for residents and businesses only). No matter where you park, lock your car and do not leave valuables exposed that could attract a thief’s attention.

Cars are driven on the right, and traffic signs directing cars to highways out of the city often list the names of the cities rather than route numbers. These give a general indication of the direction in which major roads lead. It’s a good idea to have a map and to know the main cities that are along the way to your desired destination. Keep in mind that trams always have the right-of-way.

Prague’s public transportation system, Mestska Hromodna Doprava (MHD), is an efficient network of buses, trams and metro lines. Single-trip tickets cost 18 Kc or 26 Kc, depending on how long the trip takes. Be sure to buy the 26 Kc ticket (valid for 75 minutes) if you plan to change metros or use a metro and a tram. (The 18 Kc tickets are only valid for 20 minutes on buses and trams without changing lines or for five stops on the metro, though changing metro lines is permitted.)

Purchase tickets from yellow machines mounted on walls at metro stations and at some tram stops, from the information booth at most metro stations, or from trafika and tabak shops. Multiday tourist passes are available, but don’t forget to sign them in the appropriate spot. A day pass for unlimited travel (24 hours) costs 100 Kc. Grumpy ticket inspectors target tourists and will issue on-the-spot fines of 700 Kc to riders with no ticket or an unstamped ticket.

The metro system is probably the easiest for tourists to use. There are three color-coded lines, A (green), B (yellow) and C (red). Trains run at frequent intervals, beginning at about 5 am and ending around midnight. Large maps are posted in all metro stations but rarely at street level. You can also buy a map from station information booths or any tabak or trafika shop.

Be sure to validate your ticket before you go down the stairs or escalator to the train platform: Insert the bottom end of your ticket face up into one of the yellow electronic boxes mounted on posts.

City buses run to most areas just outside of the city center, and trams crisscross nearly every corner of the city. Tourists might find them more difficult to use than the metro. If you’re using a single-journey ticket, you must punch it by inserting it into any of the gold- or yellow-colored boxes mounted on poles inside the bus or tram. Trams run all night, but be aware that after midnight, the routes change and are consolidated. Tram stops post schedules and running times. You can check all times and find the best links to your destination by visiting www.dpp.cz.

Note: All trams, buses and metro trains run on a reduced schedule in July and August.

Dishonest taxi drivers are giving all of Prague’s taxi drivers a poor reputation. Yet there are plenty of honest cabbies out there. Even though the city has taken steps to curb egregious practices and has standardized meter rates, untrustworthy drivers may still take long, out-of-the-way routes to a given destination or may devise other ingenious methods of overcharging foreigners. Cabbies have even been known to install devices on the meters that charge inflated rates when they flip a switch, which they only do to tourists who aren’t familiar with the pricing.

We suggest calling a taxi through AAA Radio Taxi (phone 222-333-222; www.aaataxi.cz.) or Profitaxi (phone 261- 314-151; www.profitaxi.cz.). These two companies are available 24 hours a day, have English-speaking operators, charge the cheapest rates and can be trusted. If a phone isn’t handy, you can find cabs from AAA or Profitaxi – marked by logos with their company names – at stands throughout the city. You are not required to take the first taxi in line (although drivers won’t be forthcoming with that information).

You can also hail one of their taxis on the street. You can ask your hotel to call one of these services, but they frequently object. Most hotels will only call their own services, and they charge a fortune. Restaurants and bars are more helpful. We recommend that you not jump into a street taxi. Instead, only use the services listed above and you won’t be as likely to get ripped off.

There are four train stations in Prague, but international reservations must be made and paid for at the main train station (Hlavni Nadrazi) on Wilsonova Street. Holesovice station (Nadrazi Holesovice – metro line C) on Arnostovska Street is also a terminal for international trains, such as those to and from Berlin, Warsaw, Paris, Budapest, Bucharest and Vienna. Reservations can also be made through Cedok, a tourist agency.

The main office is located outside of the city center in Prague 2. CzechTourismm Vinohradska 46, Prague. Phone 221- 580-111. www.czechtourism.cz. 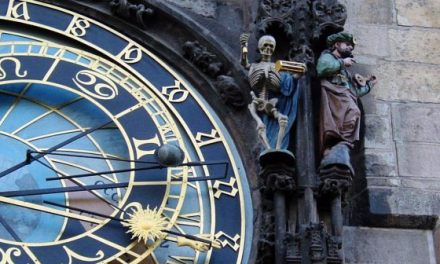 Simply everything you need to know in Prague