She fluttered along from one amusement to the next, from one meal to the next, one boyfriend, one pair of shoes; whatever it might be.

Here she was in Prague all of a sudden, which used to be in a country called Czechoslovakia only now it was called Czech, sitting on an old red and off-white tram and fluttering away as she looked to right and left and tried to find something cool to focus on.

She stole a glance down at her belly and it all looked OK. Her strip of tanned skin, her titanium ring, her carefully folded top. And as usual, she knew exactly where she was going. There wasn’t much uncertainty in Lisa’s life.

She had never had much time for uncertainty.

She was going to Radost. Someone had told her it meant happiness in Czech, but that wasn’t why she was going there of course. She was going there mainly because in her guide book it said that it had been voted the coolest club in the world or something last year or well, maybe just in Europe come to think of it. And also specifically she was going there because Joe who she met on the bridge said he wanted to go too when she told him what it said in the guide book and he was kind of cute she couldn’t help thinking.

She sort of tried to feel interested in the people on the tram but she couldn’t manage it. She had already spent it must have been two whole hours or something agreeing with people about how weird it must have been when it was communist and frankly the subject was now exhausted as far as Lisa was concerned.

The tram trundled to a stop and she looked around automatically as the doors just behind her folded open. They had these recorded announcements she didn’t understand to tell you where you were going. She wasn’t really even there, as she thought to herself afterwards, but maybe she was waiting for something to happen.

Anyway, for whatever reason it was, when the strange young man with the duffel bag swung his way up into the tram and then round her and into the seat in front of her, she just followed him all the way with her eyes so that when he pushed his sunglasses up on to the top of his head, and in the same movement twisted round on his seat to smile back at her, it was as if she had been waiting for him or something.

"Hi," he said, smiling. "You’re a tourist, aren’t you?" Lisa hesitated, but it was true, of course. She nodded.

"That’s good," he said. There was something disturbing about him. Something intense. He had this green duffel bag with him, and he hefted it up so it sat on his knee. He glanced carefully round to see if anyone else was paying attention, but the tram was almost empty, and no-one was looking.

"I have something for you," he said.

"For me?" said Lisa, and regretted it. She knew better than to talk to crazy people on public transport. He nodded seriously.

"Well what is it?" she said after a while. He was sort of studying her. But she didn’t feel frightened or anything.

"I don’t know," he said, and laughed. Jesus, thought Lisa, but he opened his duffel bag and started looking inside it. He smiled a conspiratorial smile and reached his hand in. "Mobile phone," he said. She just stared at him. But he pulled it quickly out to show her, and it was a mobile phone all right.

"Where did you get that," said Lisa, trying to sound stern.

"Honza?" she said carefully. It didn’t really sound like a person’s name.

Lisa had always been very sensitive about practical jokes. But he nodded seriously.

"Normally I only keep the cash. Well, and some of the credit cards, you know. But the rest, bags, cameras, phones, it’s not really worth the risk, so I just throw them all in the river. Only if I see a beautiful tourist girl, sometimes I like to give her something as a present before I throw it all away. What do you want?" He started rummaging around again. "Got a nice leather purse…"

"Just stop it!" said Lisa, trying to sound like her mother. "Jesus, Honza. That’s terrible! You shouldn’t go round stealing people’s stuff like that."

"Why not?" He shrugged. "It’s only for buying drugs. They should have insurance, anyway. Christ. It’s part of visiting Prague, isn’t it? They should be more careful."

Lisa did her best to look disapproving.

"OK then. So you don’t want anything?"

He looked at her as if he was amazed by this behaviour. He picked the sunglasses off his head and offered them too, holding them up for her to see.

"OK, OK. Yes. Well. Time to go." The tram was slowing down for another stop. He stood up, just as suddenly as he had arrived. Before she could react, he had pushed a piece of folded paper into her hand.

He leaned very close and said, "It’s the secrets of your soul!" And with that he gave a strange laugh and swung off into the evening as quickly as he had come.

She didn’t look round until she was sure he was gone. She looked up and down the tram. No-one seemed to have noticed anything. After a while she unfolded the piece of paper. It was blank. 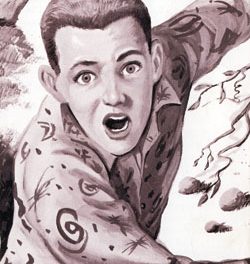 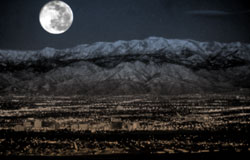