However, a dedicated group of baseball managers, players and owners, have given attention to change the sports awareness. On the threshold of something special – Czech baseball has some interesting years ahead. In the famous words of Yogi Berra “You can observe a lot just by watchin’!”

Just watching baseballs rapid development in the Czech Republic, is unprecedented for even the European baseball scene.

The Czech national baseball club and one ‘extra league’ baseball club, Sokol Krč, is setting the tone in how the sport can become a professionally run operation in the Czech Republic.

Although Czech baseball is not Major League Baseball, and owners of Czech clubs are not negotiating television revenues, salary caps, and player free agency (yet) – improvement in recent years has displayed how recruiting local athletes, a strong coaching presence, and a little sponsorship investment can result in the Czech’s showing western countries how to play ball.

To see the development of professional baseball in just the past five years is something of a phenomenal achievement. In 1994 the Czech National Baseball Center was only a landfill in the Prague 4 region of Krč.

Now the facility is five-field baseball and softball combine, powered with lights for night games, a clubhouse for the players, and equipped with stands for the growing number of fans coming out to watch the highly competitive extra league games.

Some of the key ingredients which have lead to where the Czech baseball scene is today include the quality of athletic players taking an interest, and American coaches coming to the Czech Republic to establish a stronger development program.

“The Czech baseball player has been extremely receptive to U.S. coaching, which has enabled the game to evolve at a very fast pace over the past 5 years,” said Bill Henderson, pitching coach of the Czech national baseball team, and head coach of Praha Sokol Krč.

Just to prove how American coaching, investment into an organization, and player development increases your chances of establishing a top European class baseball system, you can site the Czech national teams opportunity this summer – to qualify for the 2003 World Championship, as well as its 1st possible berth into the summer Olympics for 2004 in Athens.

For a sport that had a virtual non-presence only 12 years ago, the possible birth of the Czech national team into the 2004 Olympics will be a graduation ceremony for those who have believed in a baseball dream.

More and more, an example in the quality of players being trained have also resulted in players making a transition over to US colleges and universities under full baseball scholarships.

Prague Baseball Week (PBW) is also an important Czech baseball event which helped drive baseball to the level it is today in the Czech Republic. PBW – held at the end of June – includes international level, national teams and US college teams traveling over to Prague for their chance to steal Central Europe’s most coveted baseball tournament.

This tournament has become one of the largest, and the more prominent baseball tournaments in the Europe. Every year the quality of the teams and players in the tournament progress significantly.

For the Expats who miss the old feeling of a hotdog in one hand, a beer in the other and sunshine beating down on you – while watching quality baseball – simply need to find their way down to the Czech national baseball center every week-end.

For more information type www.baseball.cz, or http://baseball.cstv.cz The Czech national baseball center is located in Prague 4, south of downtown near Branik. Travel distance is 15 minutes by car from downtown, or 10 minutes from the nearest subway Budejovicka. 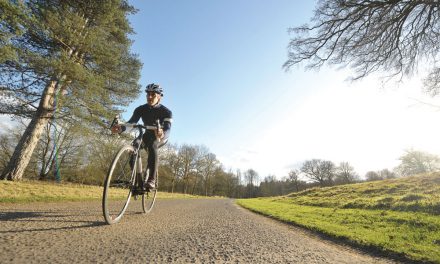