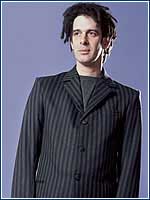 One clothing designer has recently been excavated as a veritable realizer of dreams.

Can create, almost everything you would need for any occasion in all materials, leather, and rubber included. Gerard M. Wilson who is in fact half French and half English has been living here for more than 6 years, fulfilling peoples individual needs for weddings, business, casual or partywear.

He makes outfits for almost every function in Radost FX and nearly every dancer in Prague owns or has danced in at least one of his creations.

He started 22 years ago making much the same sort of clothing for types such as Boy George, Midge Ure from Ultravox, Archaos the circus and Adam and the Ants. Since has been working all over Europe gaining the much of the disciplined experience that his trade needs.

Showing me around his atelier in I P Pavlova he told me just a few of the mad exploits he has embarked on, most of them with only a few days warning.

He showed off some of his designs by styling the Paegas “Twist” adverts that ran between ’98 and 2000, and has been involved in much promotion work here.

His broad variety of creative skills make him well suited methinks to working for the film industry and he expressed his strong desire to be given a good film to design for.

Now ready for anything that you could dream of, he loves a challenge.Whether your idea is crazy, classic or both, he is confident and undeniably capable. 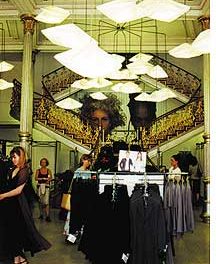 Can you Become Morph Famous? 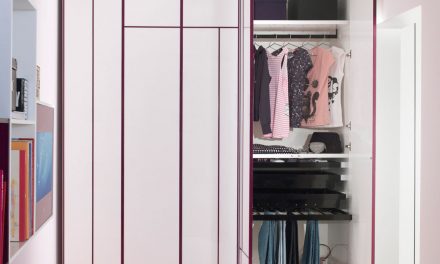