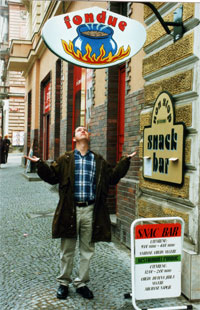 I’m really not that much of a wine connoisseur. I can tell you what I like about Egri Bikaver and why Merlot is different from, say, Cabernet Savignon, but I’m not one to put on airs about the whole thing.

So I’m sitting with a few people at Fondue, and we order a bottle of “archivni vino” and when they bring it I almost gag. It was bad: I mean, it was obviously spoiled.

I don’t know what happened or whose fault it was but my guess was if the swill was ever drinkable (and I really don’t think that much Czech red is) it was probably kept in temperatures that weren’t appropriate.

I told the waitress that it was unacceptable, the first time I’ve ever done that in my life, and she looked shocked. She said she couldn’t take it back.

Between laughs of absurdity, the rest of my table were put through the gruesome task of sipping the watery red liquid that conjured up a strong bouquet of vinegar-sweatsock and agreed that it was undrinkable.

Finally, after battles with the waitress, who was obviously willing to compromise the reputation of the restaurant to four customers over a bottle of 300Kc wine, the manager came over.

I asked him why they would bother to offer to let me taste the wine if I couldn’t send it back if it was unacceptable.

I think that this was the first moment he truly understood that this is why you offer customers a taste of their wine and he finally agreed to take the wine back. You can imagine how lovely the waitress was through the rest of the (very bad) meal. 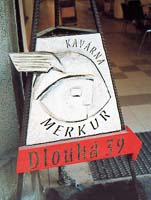 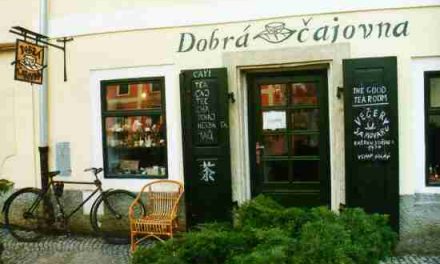