Well, whether we like it or not, summer is almost at an end. So, it’s of no surprise that the majority of people are already starting to dream of sandy beaches and exotic locations. If you’re a little on the indecisive side and could do with some help making your mind up where to go for your next holiday, we’re going to give you a little advice. If you’re looking for a location that’s got a warm climate, friendly locals and no end of things to see and do, you can’t go wrong with Barcelona. 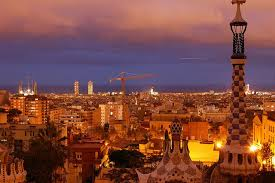 Being Spain’s second largest city, it’s an energetic and bustling metropolis. It’s characterised by awe-inspiring contemporary architecture, nestled in among unique world heritage sites. So, to help you understand just a little more about what makes it a number one tourist hotspot, we’re going to share some fascinating facts about the city.

1. Barcelona was never a city known for its beach culture. In fact, the city didn’t use any of their coastlines for recreation until about 1992. Since then, because they have such fantastic leisure facilities, the city’s beaches have become a major pull for tourists all over the world. It’s also worth mentioning that National Geographic, among many others, consider Barcelona to have the best beaches in the world. Which, when you consider just how many beautiful and exotic beach locations there are, is a very impressive accolade. If this alone already has you convinced, you can book yourself a flight today on travel websites including Venere.com, as well a whole host of others.

2. Barcelona is the only city to have ever had the honour of receiving an award from the Royal Institute of British Architects. Since its inception in 1848, the honour has only ever gone to individual world-renowned architects. Whilst this is very impressive, it’s also not surprising. After even the shortest of walks around the city, you’ll soon discover why there could have been no city more deserving of the award.

3. When visiting Barcelona, don’t be surprised if you hear people speaking in two different languages. The natives speak both a language known as Catalan, and of course, Spanish.

4. It’s also home to one of the most famous, and arguably most accomplished football teams in the world, namely the legendary Barcelona FC. So, the city itself is a must-visit location for all you crazy football fans!

5. Now, you’d be forgiven for thinking that flamenco dancers would be a common sight on the streets of Barcelona. Somewhat disappointingly, you’d be wrong. Although it’s considered the national dance of Spain and has become synonymous with the city, it’s actually a bit of an inaccurate stereotype. However, we’re happy to say, that Barcelona more than makes up for this in other areas. With such an eclectic mix of people and cultures, you’ll soon learn that the city has so much more to offer than just the flamenco.

We’ve no doubt that that little lot has helped to whet your appetite, as well as help you get to know the city a little better. All that’s left for you to do is book yourself a flight!